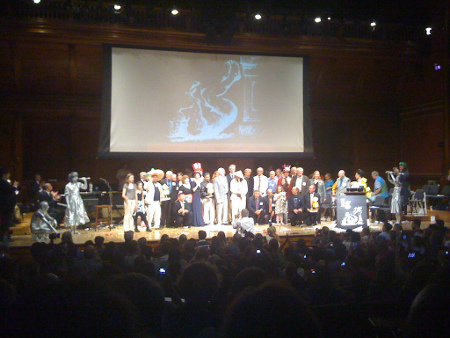 Awarded to Gideon Gono, governor of Zimbabwe’s Reserve Bank, for giving people a simple, everyday way to cope with a wide range of numbers — from very small to very big — by having his bank print bank notes with denominations ranging from one cent ($.01) to one hundred trillion dollars ($100,000,000,000,000).

Awarded to Fumiaki Taguchi, Song Guofu, and Zhang Guanglei for demonstrating that kitchen refuse can be reduced more than 90% in mass by using bacteria extracted from the faeces of giant pandas.

Awarded to Catherine Douglas and Peter Rowlinson for showing that cows who have names give more milk than cows that are nameless.

Awarded to Stephan Bolliger, Steffen Ross, Lars Oesterhelweg, Michael Thali and Beat Kneubuehl for determining — by experiment — whether it is better to be smashed over the head with a full bottle of beer or with an empty bottle.

Awarded to Elena Bodnar, Raphael Lee and Sandra Marijan for inventing a brassiere that, in an emergency, can be quickly converted into a pair of face masks, one for the brassiere wearer and one to be given to some needy bystander.

Reference: US Patent #7255627 for “Garment Device Convertible to One or More Facemasks.” 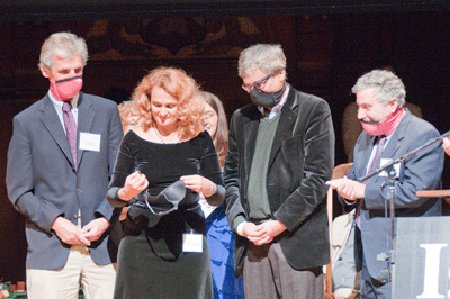