My parents brought me back this wine holder from their most recent holiday.

It doesn’t look much like a wine holder until you insert a bottle; whereupon it magically “stands up”. 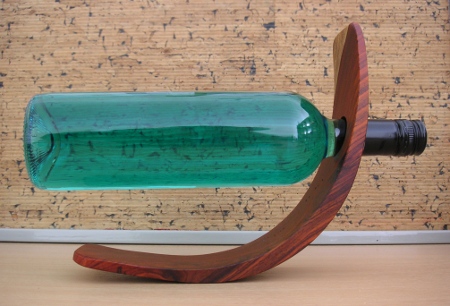 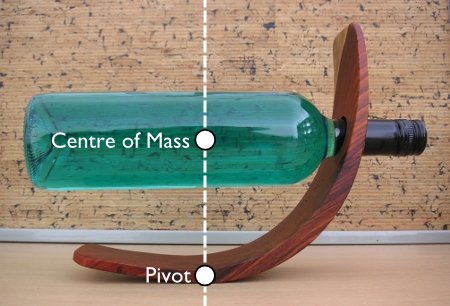 An object free to rotate will rotate around its centre of mass. In the photograph below (click to enlarge) you can see where the centre of mass is – it hasn’t rotated and therefore isn’t blurred. 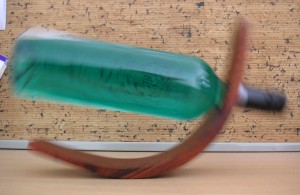 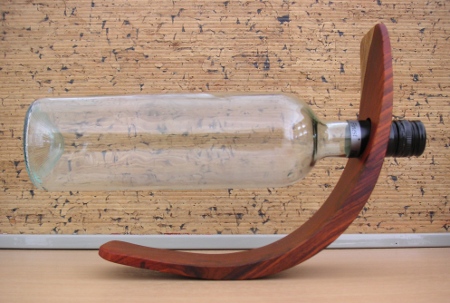 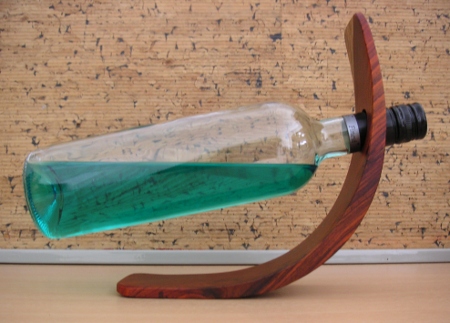 I have no idea what the story behind this photograph is, but I really want to know. 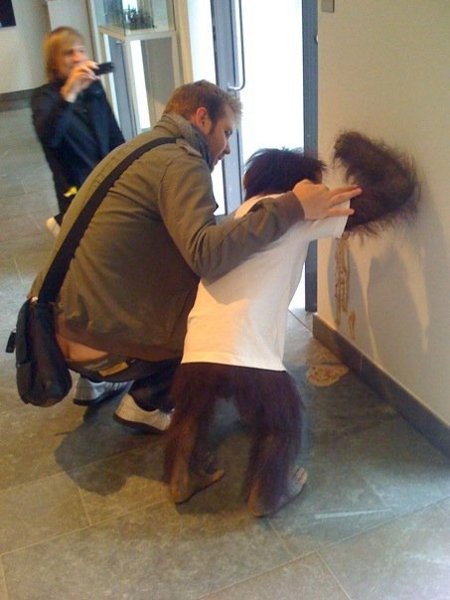