Worldmapper is a website that gives you the world “as you’ve never seen it before”.

This is the same map, but now the size of the country represents the country’s population:

Notice how China and India, with huge populations and (relatively) not much land have ballooned in size whereas countries like Australia with lots of land but small populations have shrunk.

The United States and Russia, with nearly 6000 warheads each are both enormous compared to the smaller nuclear states: the United Kingdom, France, China, India, Pakistan and Israel. 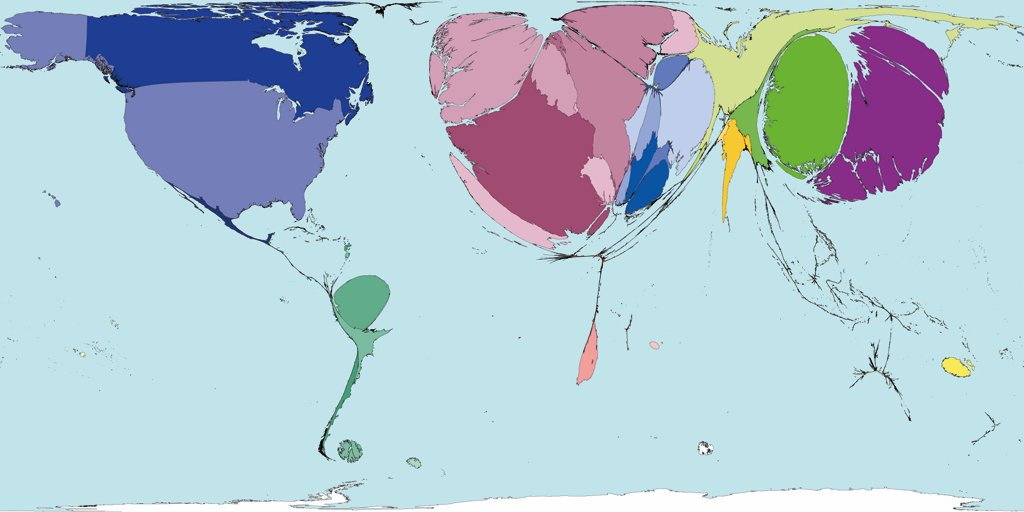 The most interesting thing about this map is the size of France, which produces nearly 80% of its electrical power from nuclear sources.

On this map the largest countries are those that receive the most rainfall.

On this map almost the entire continent of Africa, where only a very small proportion of the population have access to electricity, disappears almost completely.